You’re walking through the eastern parishes in mid-March of 1715, when a child is crying loudly as a young woman roughly takes off his clothing. Other passersby must have disregarded Mary Skip’s disrobing of this sobbing young boy on the bank beside the king’s highway before this one woman intervened. Even then, Skip’s affirmation that this was her own child could well have satisfied the curious woman that all she had seen was a dispute between a parent and child. This was the normal, everyday trials of family life in the growing city, or was it? 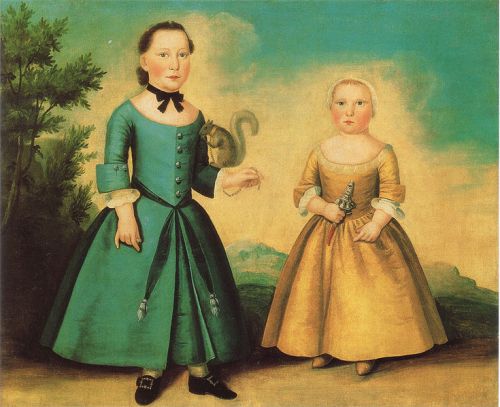 Instead of accepting this explanation, the witness persisted, seeing the aggrieved child, Joseph Murrel, alone now and stripped of his warm stuff coat and petticoats (normal attire for a younger child at this point in history). The trial report from late April explains that this bystander

then came back again, and ask’d the Child if that was its Mother; to which it reply’d, No; upon which she seiz’d the Prisoner, with the Goods upon her, and found another Child’s Cloaths in her Lap

Found guilty of highway robbery, for stealing the goods of Joseph Murrel, Senior, in the form of the child’s clothing, Mary Skip was sentenced to death. She claimed to be pregnant and thus ineligible to be executed, but the jury of matrons confirmed only one such pleading of the belly from those sentenced on this day. There was no pardon: Mary Skip would hang for her crime.

In the Ordinary of Newgate’s account for 11 May, Mary Skip (or Ship) is painted even more unsympathetically than in the trial account. It notes that she was

condemn’d for robbing and stripping Naked two Infants, upon the King’s Highway, on the 18th of March last. She said, she was about 24 Years of Age, born in the Parish of St. Mary Magdalen Bermondsey, and of late Years liv’d in East-Smithfield: That she often help’d her Mother, who nurs’d Children , and at other times went to Washing and Scuoring ; by which Means she got a Livelihood, tho’ a very poor one; and, That it was meer Poverty (but, as I observ’d her, it was more the want of Grace) that occasion’d her committing this cruel Fact.

Comments Off on The Persistent Witness, 1715